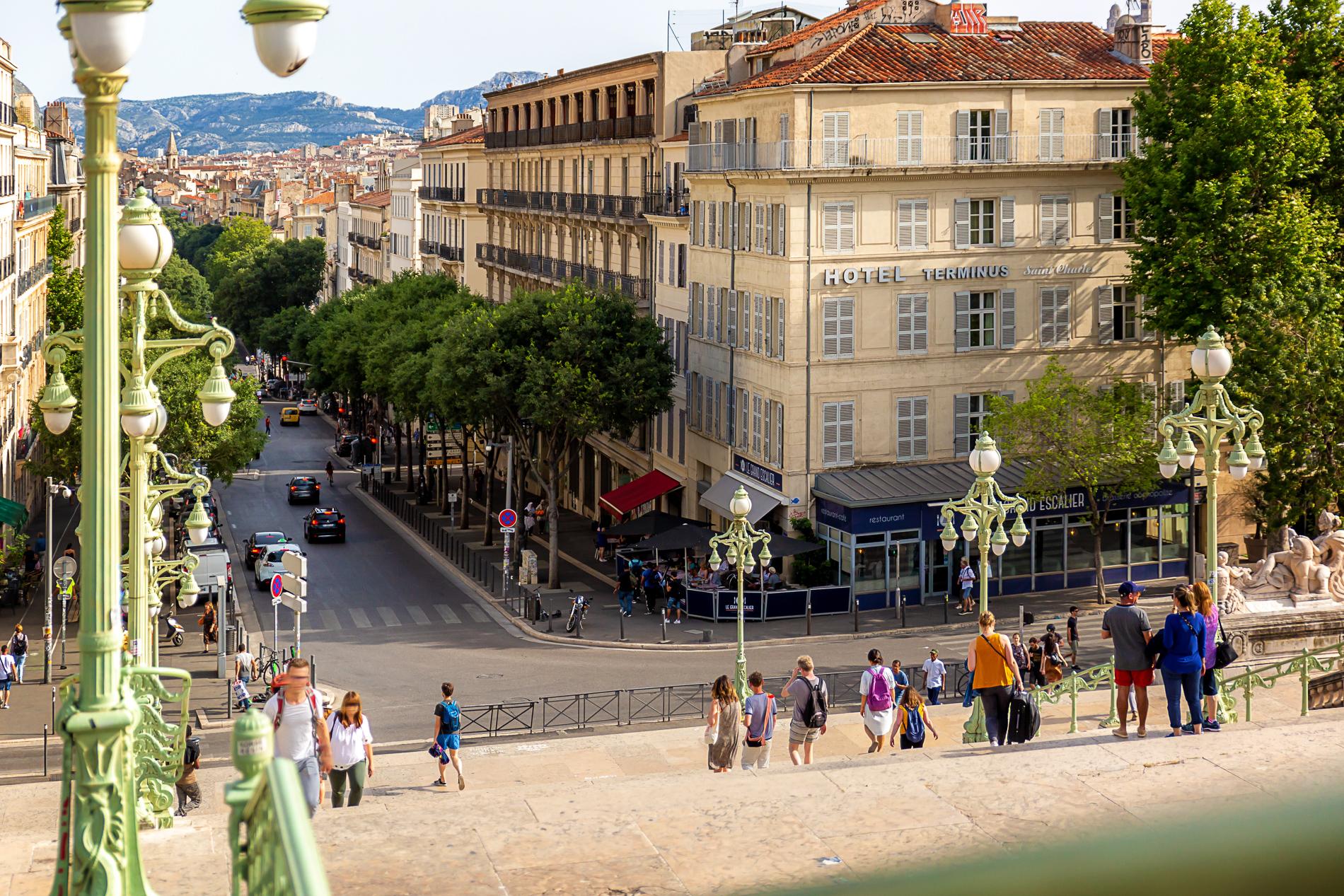 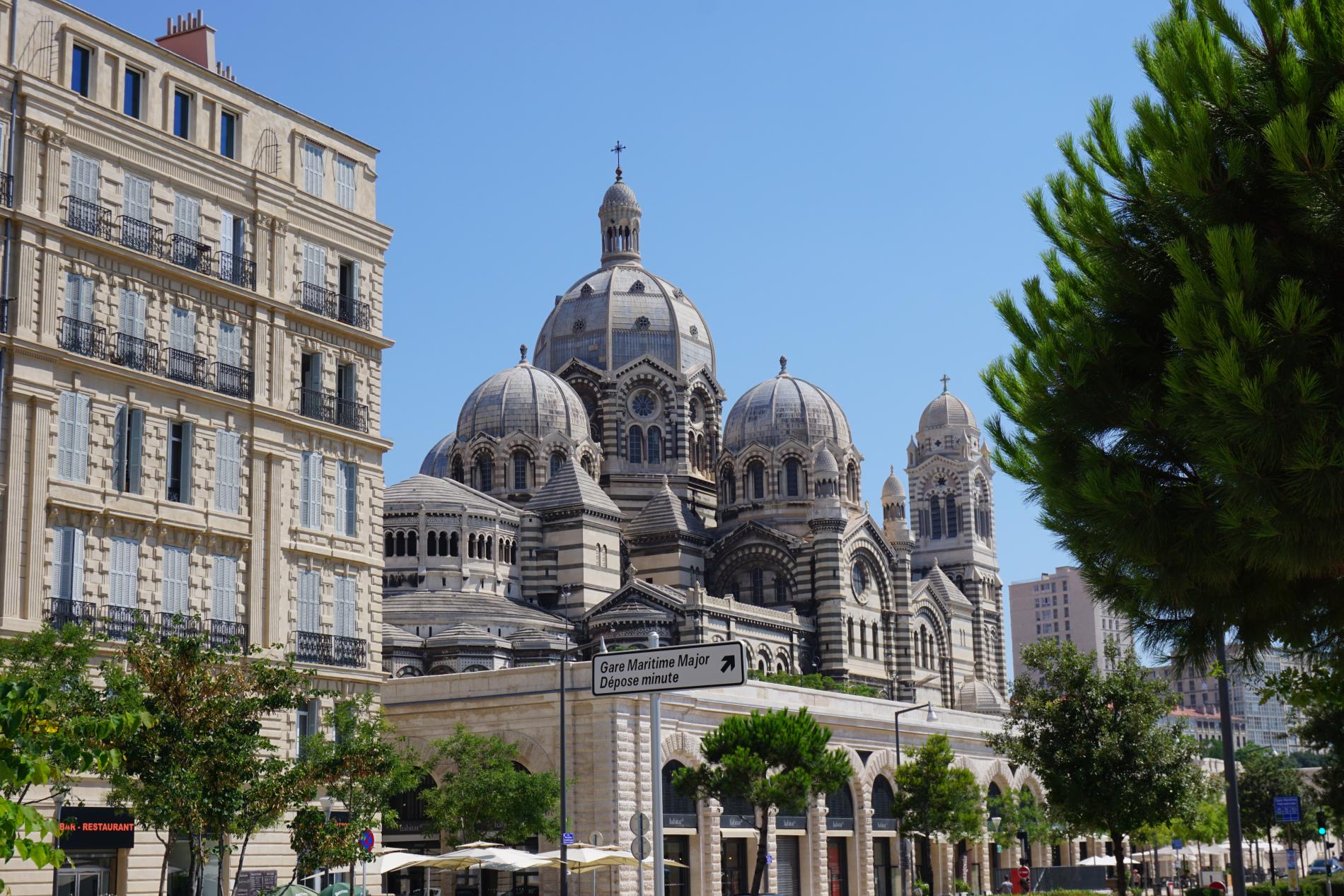 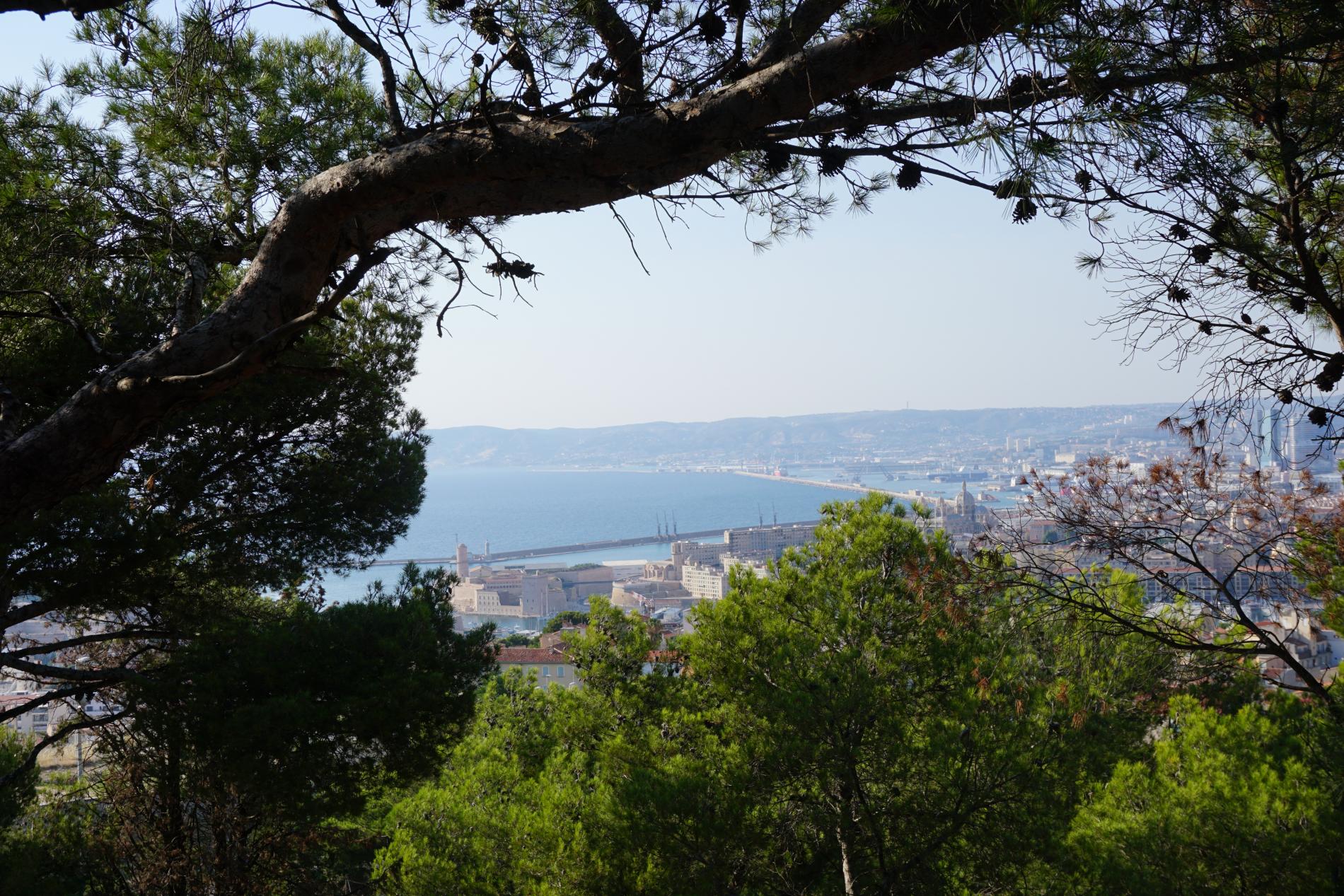 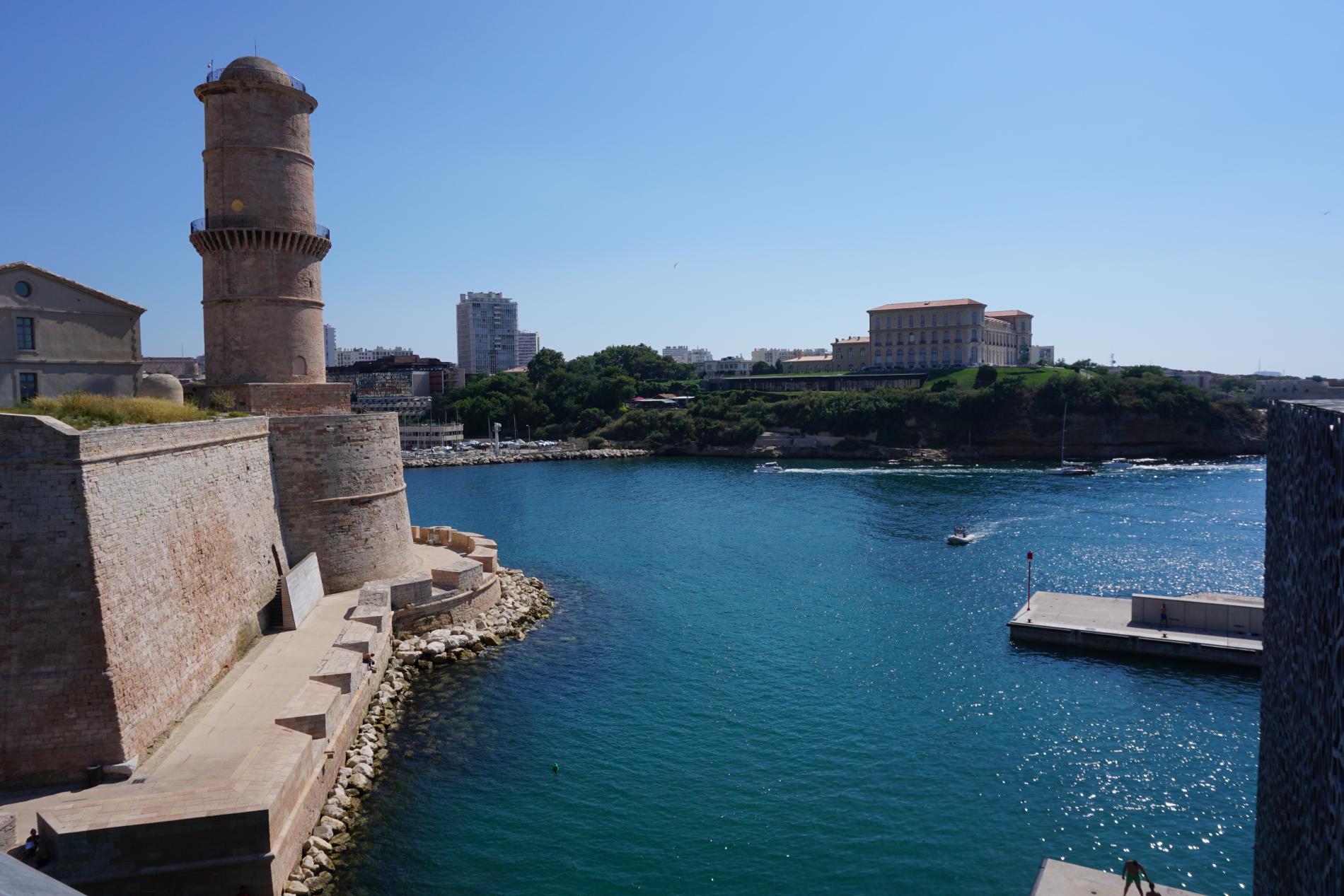 Marseille in the heart of Provence

Its charm, its sweetness of life, the wild beauty of its landscapes ...
Provence, an exceptional tourist destination.

Swim in the turquoise waters of the Calanques, stroll through charming medieval villages, escape into the lavender fields, stroll among the flower and fruit stalls of the local markets, taste the Mediterranean culinary delights .... All this is Provence ...

Located on the beautiful blue coast, on the edge of the Estaque, Marseille, City of Art and Culture, marvelously combines tradition and modernity. Take a dip in the city is first going to the fish market auction in the Old Port, jealously guarded for 800 years by the inevitable Notre-Dame de La Garde from its promontory. It is also wandering in the alleys of the oldest district of the city "The Panier", become trendy with its shops, its galleries ... contrasting with the Cours Julien, emblematic place of Street Art, or with the elegant avenue de la Cannebière.

For lovers of the architectural heritage, the city is full of treasures: the Daniel Pavilion (Courthouse), the Hotel Dieu, the diamond house and the Cabre Hotel, listed as Historic Monuments; the Préau des Accoules, the town hall, the Saint-Victor abbey ... and museums including MUCEM, museum of civilizations of Europe and the Mediterranean.

The proximity with the coast of Estaque (high place of Impressionism and Fauvism), offers many opportunities for visits, hiking and leisure: the Prado beach, Corbières, the Vallon des Auffes, the If castle just off the city, the natural park of the creeks, Cassis and the islands of Friuli .... to name but a few.

Do not hesitate to contact us, we will be happy to advise you in the discovery of the second largest city in France, in the heart of our beautiful Provence. 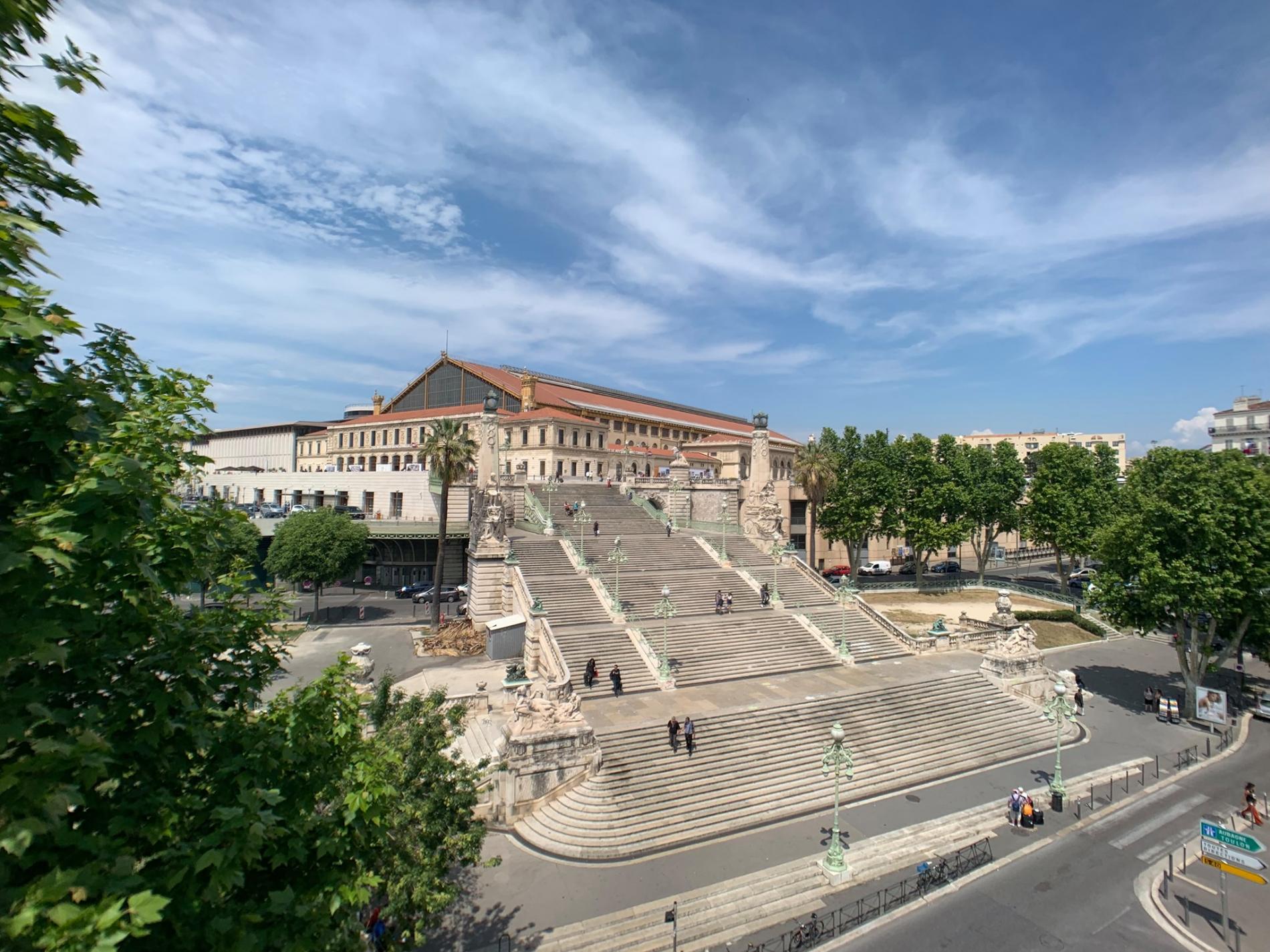 Small tip for those who do not wish to recount the stairs and reach the hotel easily:

When you are inside the station just follow the direction of the metro by taking the two escalators. Then take the exit "Place des Marseillaise" and you will arrive right in front of the hotel without effort! :)

St Charles Station was built on the site of St Charles Cemetery, and it was inaugurated on January 8, 1848 under heavy rain.

Saint-Charles station had no direct access to the Boulevard d'Athènes. It was not until 1925 that a staircase allowed this communication.

It was only in 1911 that the municipality launched a competition for the realization of such a staircase which by its decorations was to form a monumental decoration ending the perspective of the Boulevard of Athens.

The staircase was officially inaugurated on April 24, 1927, almost 16 meters high with 104 steps and 7 landings! 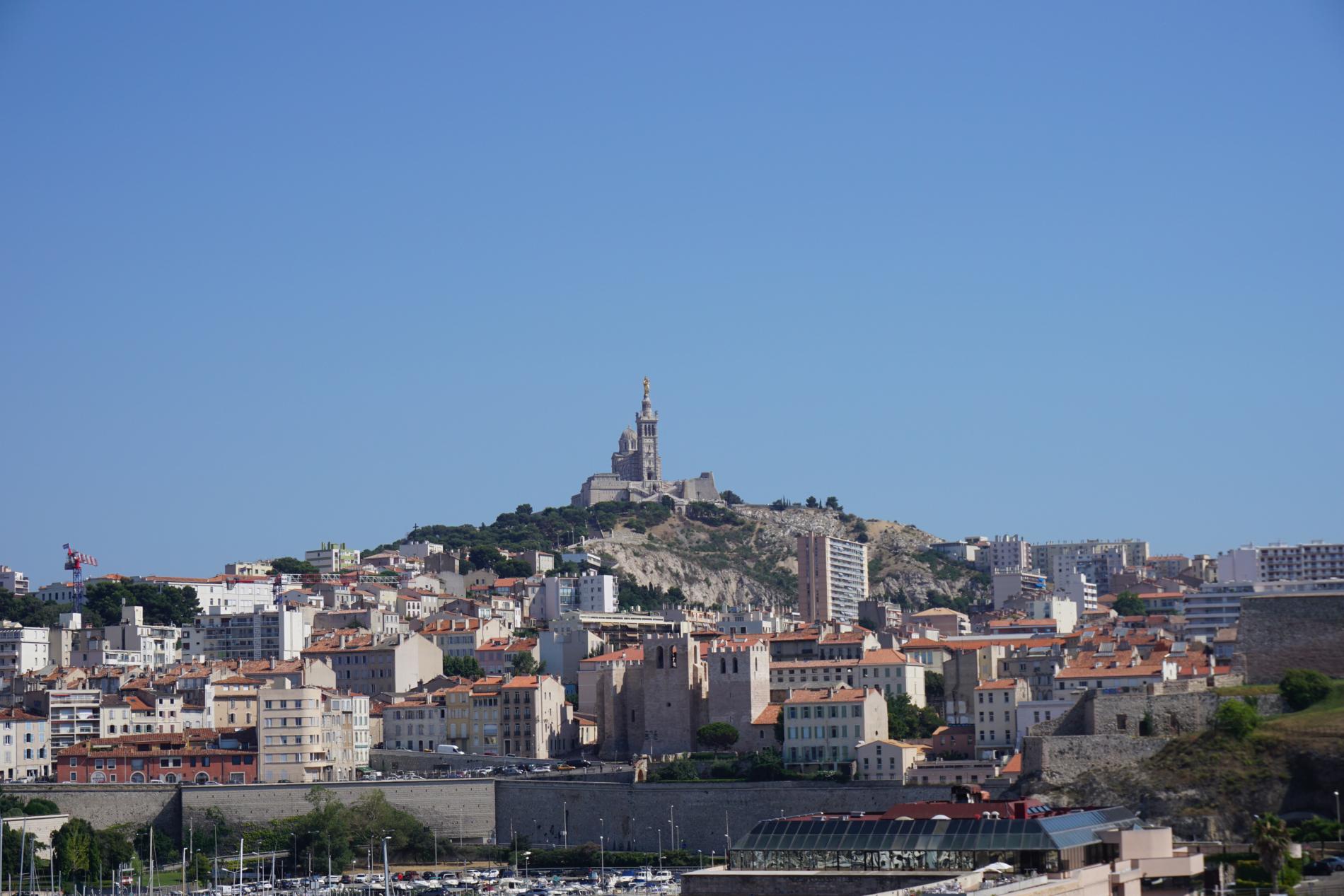 Visit Marseille in one day!

The first step to discover Marseille will be the Old Port which is a 15-minute walk from the hotel. Once arrived on the Old Port, two solutions are available to you:

1) Discover the Phocaean city on foot by taking the direction of the right bank where modernity, history and tradition cohabit...

The Panier district, the Mucem, the Cathedral de la Major, the Joliette district

You will begin your discovery of Marseille with a breathtaking view of the city and its surroundings.

For any particular request do not hesitate to contact our reception team who can provide you with a plan and a lot of small tips made in Marseille. 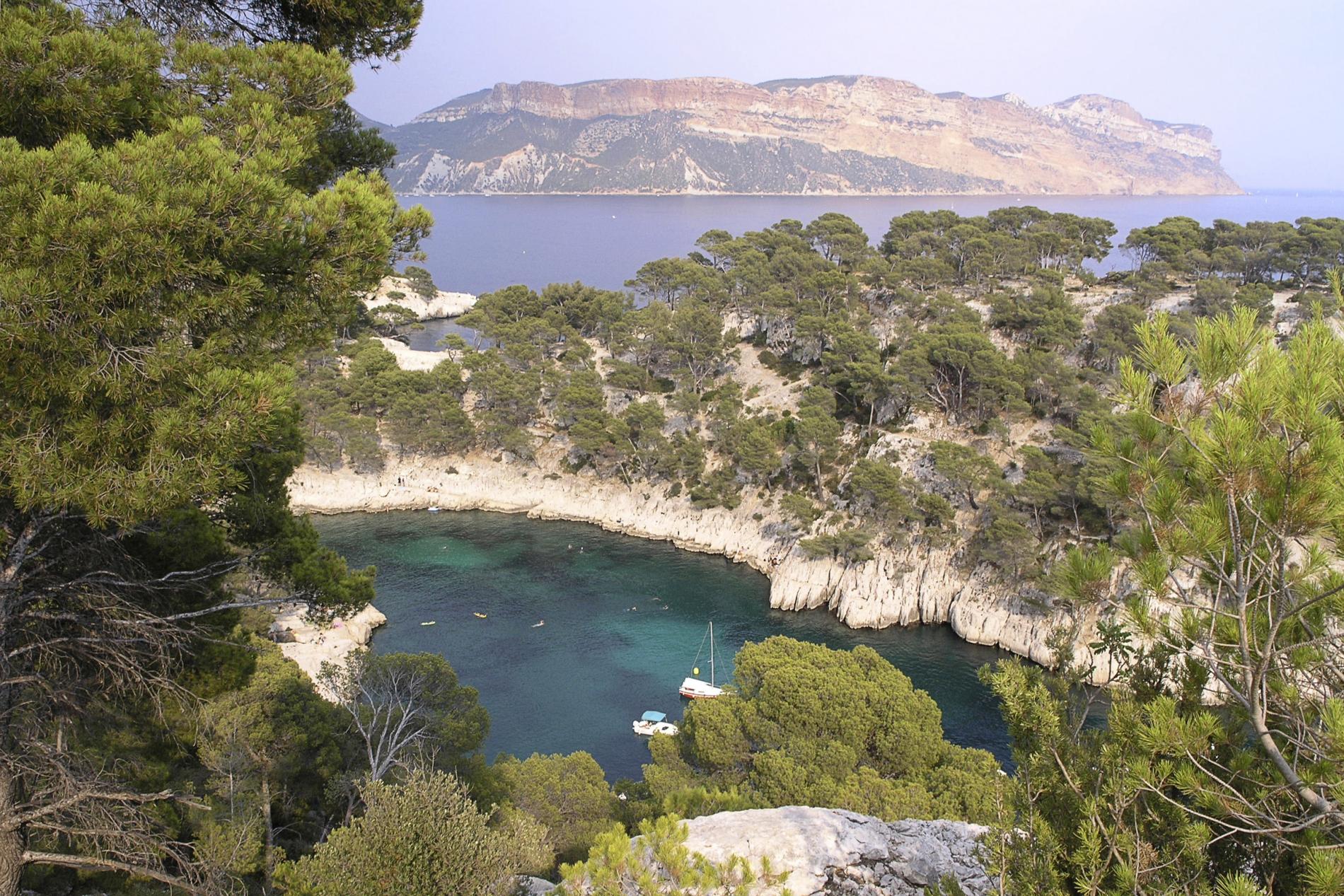 On foot or by boat, for sportsmen or less sporty the discovery of Calanques is accessible to all !!!

Those who want to discover the whole massif will take the GR-98-51 (red and white marking): 28 km along the crest line, 11 to 12 hours for an average walker.

A more family ride from Callelongue to the cove of Marseille veyre, 1:30 walking. Superb panorama on the islands of Marseille. 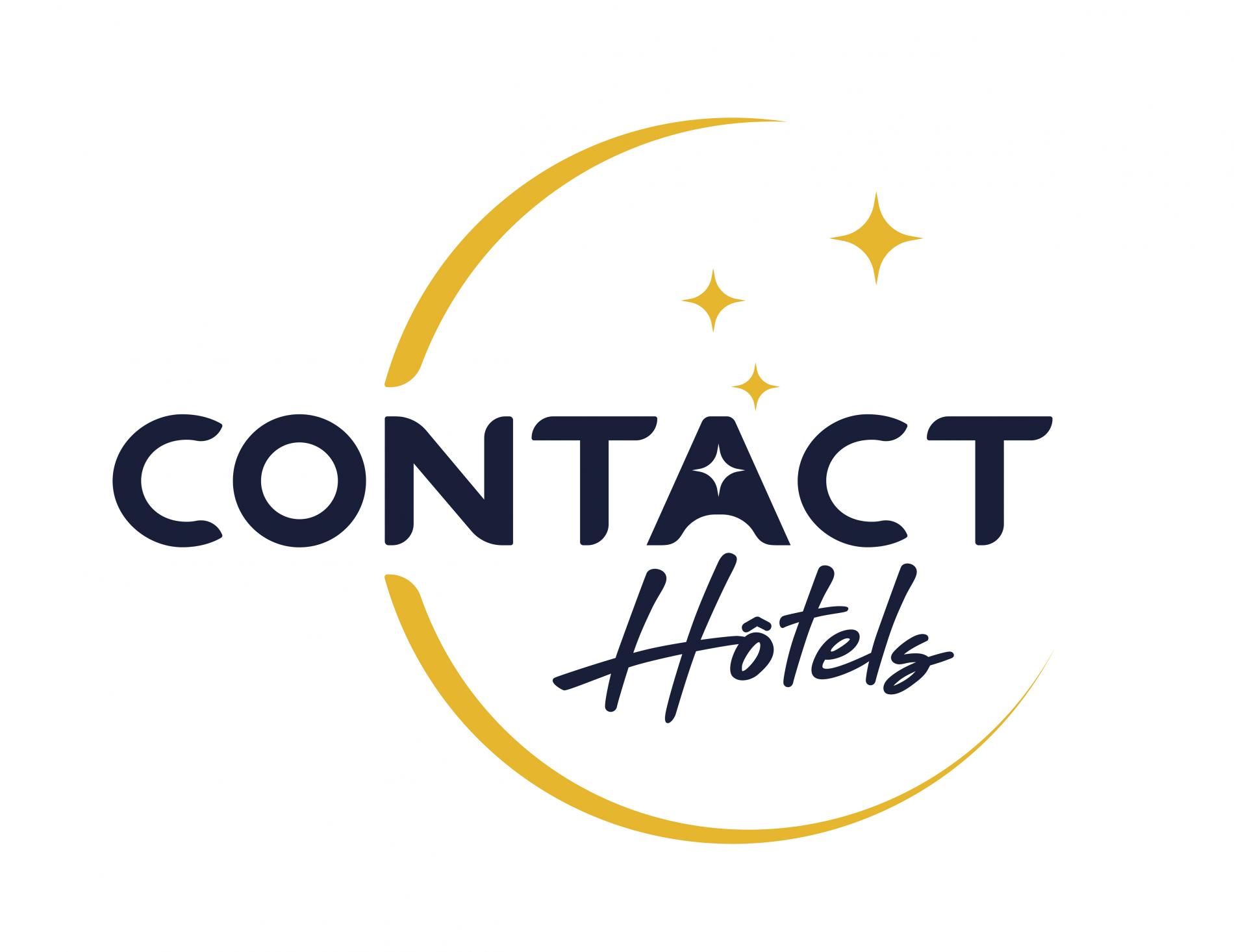